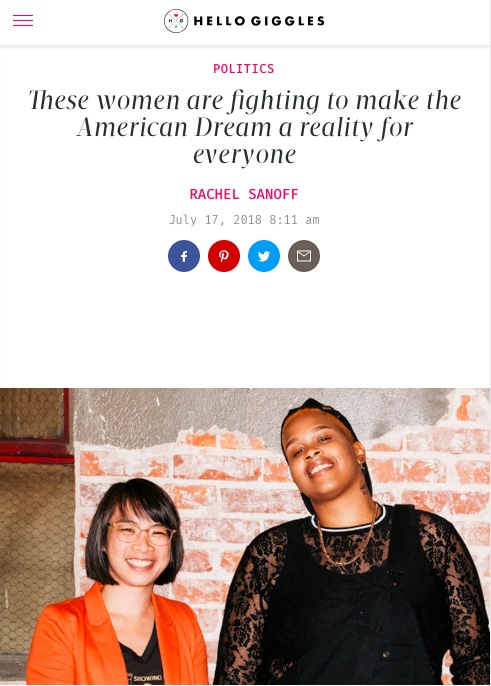 “We see how society worked. It can no longer work that way again.”

These words set the tone for the first installment of Pabst Blue Ribbon’s documentary series, America Dreaming. The YouTube series examines how the most diverse generation in American history (43% of young people identify as multicultural, according to the documentary) is fighting for a country that actually abides by the tenets of the American Dream, which Dictionary.com defines as the idea that every person “should have an equal opportunity to achieve success and prosperity through hard work, determination, and initiative.”

But for as long as America has existed, we know that oppressive systems have been in place so that only certain people — those who are white enough or rich enough or male enough — can achieve success and prosperity, no matter how hard they work.  America Dreaming follows young people who are transforming their communities and “redefining the American Dream” through social justice — people like Niecee X, a founder of the Black Women’s Defense League (BWDL) in Dallas, and Farmer Mai (Mai Nguyen), a Northern California farmer focused on organic farming, sustainability, and food justice. I caught up with Niecee and Mai in Downtown Los Angeles’s Arts District right before they discussed the documentary series on a panel called, “A Conversation About Today’s American Dream,” hosted by Flaunt, Vice, and PBR.